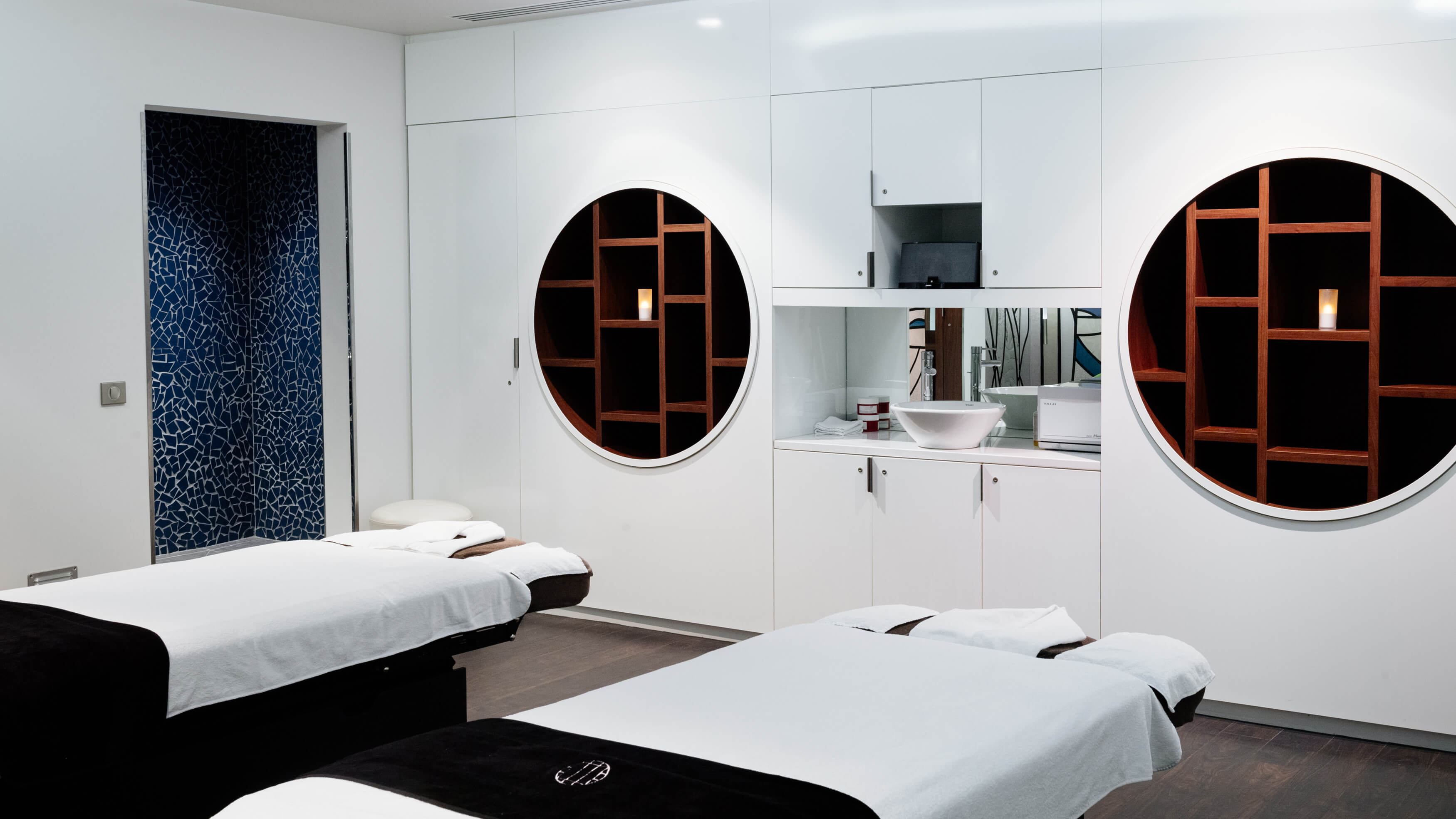 Spa by Clarins is a true ode to escape...
An unforgettable experience in a temple dedicated to well-being and relaxation, where pampering becomes a matter of course thanks to a collection of customized treatments: signature or sports massages, cryotherapy, chiropractic, icoone - Roboderm® method....

"Beyond the water" signature


The face by Clarins

Developed by Clarins for Molitor, all the face and body treatments have been designed in harmony with the location for an absolute release of tension.
We invite you to download the treatment card to see our complete range of treatments.

Developed by Molitor teams in 2018, sports treatments have been developed, tested and validated with top athletes. A collection of 6 massages with precise movements found in the relevant disciplines: swimming, boxing, running, skiing, tennis, golf. For all high-level athletes or beginners, these treatments are adapted to the needs of your muscles.